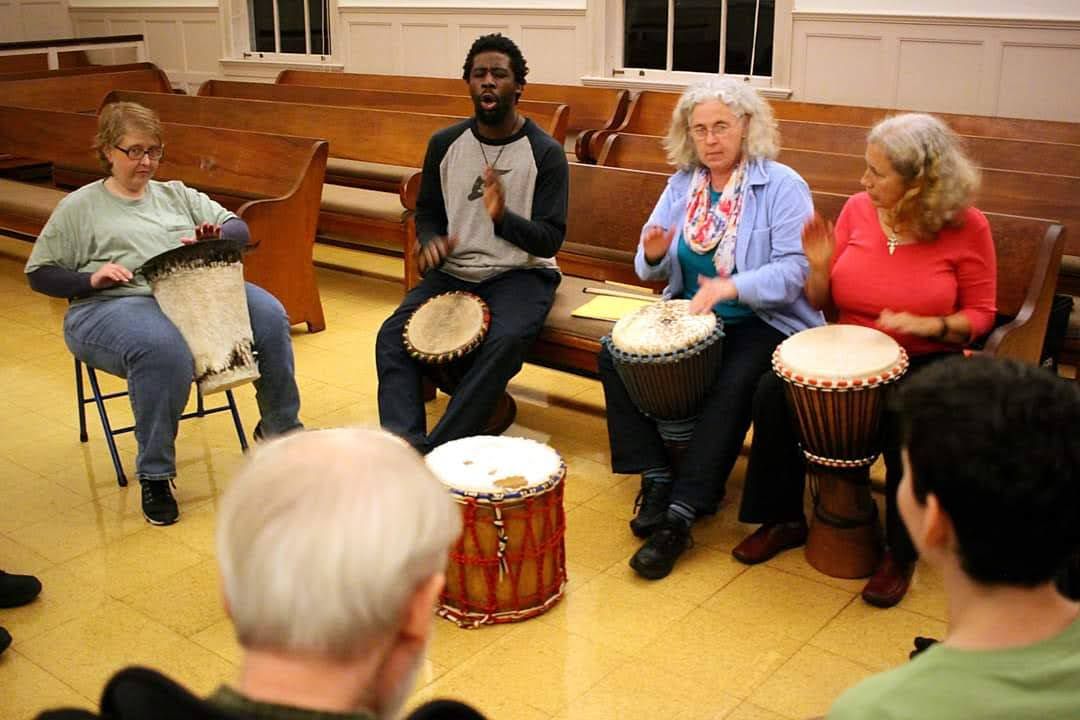 A few years back when i returned to Boston, i began to work for the First Baptist Church of Jamaica Plain.  They were a nice group of people doing some antiracist work within the community and i was thinking i could work within that energy to get some things going.  One of the things that i started when i was there was a drum circle. And from there the goal was to do some organizing.  I got a little traction with what i was trying to do, but it turned out it was not enough to stay. It was a weird time for me then as well.  During one of the services before i left, i was leading a song and caught sight of a man sitting in the back with this Frederick Douglas shock of white hair and he was just smiling from ear to ear.  He was really enjoying himself.  Sure enough, right after service, he came up and introduced himself like this "Hi. My name is Greg Williams and im gonna work with you!"   Just like that.  And we talked a couple times in the next few months and then we didn't talk for awhile and then one day he called me out of the blue.  And he explained that he had a vision for a ministry.  So i listened and it became clear that we were indeed going to work together.  Greg has since transitioned and is watching over us as an ancestor now. Greg and i took what i was doing in the prisons and in the schools with drumming and meditation and presented it to the Friends Meeting House in Cambridge.  I am proud to say that what was born from those discussions is a gathering that has been meeting now for three years.  We gather and play west african rooted rhythms and we have discussions about current events and what we can each do to armor ourselves more completely for the battles we face daily. And now, even in the midst of the crisis, we have still been meeting and it has been a healing thing for all of us.

We meet every single Thursday. at 6pm at the Longfellow Park in Cambridge.

if you want more information just leave a comment. you can also email fromslavetosoldier@gmail.com to be added directly to the list

I am endeavoring to start a POC centered drum circle in Uphams Corner for the winter and spring.  If you have interest in being involved in this please be sure to drop a line. 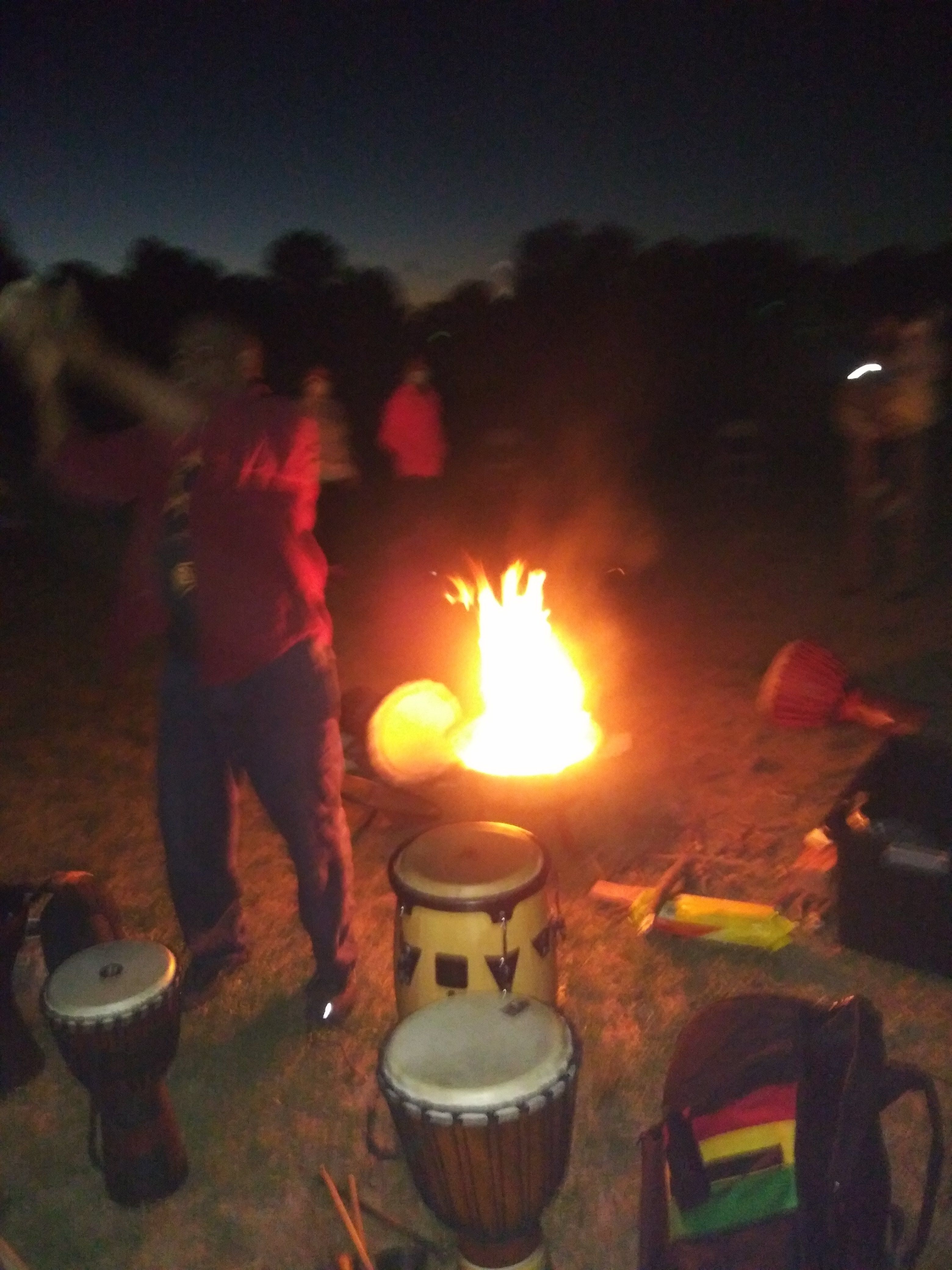